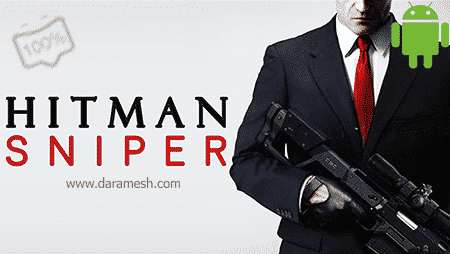 Hitman Sniper 2: The Shadows – Hitman Sniper 2: Shadows is the name of the second official part of the Hitman Sniper series produced by the well-known Japanese company SQUARE ENIX LTD, which owns the main franchise of the popular Hitman game series. This game was created and developed following the success of the first part, and after several years of waiting, its final version was finally released on Google Play, and gamers’ patience is over! As usual, and at the same time as the release of this game, Farseroid decided to prepare it and after the necessary checks, offer it to you friends for download in a tested form. If you are familiar with the Hitman game series, which has been around for more than 20 years since its first release, you know how popular these games are. The charismatic and main character of this series of games, who is a professional agent named Agent 47 or Agent Codename 47, soon became one of the most famous characters in the field of video games. Although this character is not a real person, the special calmness, unpredictable personality and incredible skills of this agent made this character to be on the list of most popular characters and protagonists. This popularity made the creators of this game to publish more games and even movies about this character. The Hitman game series also made its way to mobile games. After the release of two games Hitman: Sniper and Hitman Go for mobile operating systems including Android, finally the third game of this series was released. This game is the third Hitman-themed mobile game and the second part of the Hitman Sniper game series, the development of which began at the same time as Hitman 2, which was released in 2018. This game was supposed to be released in 2019, but due to some reasons, its release was postponed to April 2020.