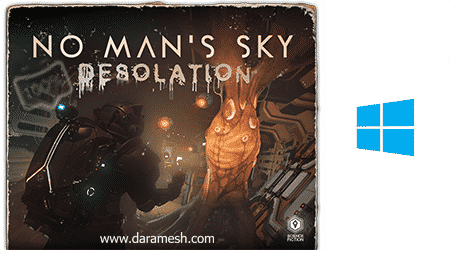 No Man’s Sky was launched in 2016 and made a lot of noise at that time. This game was different from anything that had been made before and presented many wonderful worlds before our eyes. Hello Games studio has included millions of planets in this game and if you want to complete the whole game, you need Noah’s life. Each of the planets in the game belongs to one, and you may have to fight to get it, and if you are lucky, you can call the six-dong planet after you. The new update of No Man’s Sky Beyond has been released and you can immerse yourself in the game world and enjoy exploring billions of planets.
The game No Man’s Sky Beyond has now brought the virtual reality section and you can enter the virtual world of the game with a headset and feel for the first time that you are really in the game planet and the space creatures around you are filled. Also, the online mode of the game has also undergone changes, and now a new hub called Nexus is used, which allows you to meet with your friends and explore together the wonderful worlds of the game and build special headquarters. You are no longer alone on this planet and the pleasure of playing the game has now doubled. In addition to them, multiplayer stages are also new guests of the game.