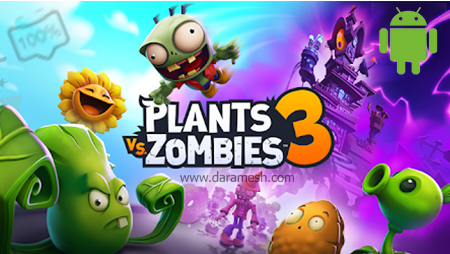 Plants vs Zombies 3 – Zombies and Plants 3, which is also called PvZ 3 for short, is the third part of the series of Plants vs. Zombies games. Zombies is finally released for the Android operating system after several years of hiatus and by the creative studio PopCap Games, which is one of the branches of the reputable and well-known company EA or Electronic Arts. Simultaneously with the release of the official and complete version of this game on Google Play, Daramesh has prepared, reviewed and tested it for download. We are proud to announce that Daramesh is, as always, the first Iranian website to offer this controversial and popular game. All gamers and users of mobile operating systems are well familiar with the old and extremely popular series of games Plants vs Zombies. This series is one of the strongest and most well-made mobile games released in the last decade, which has hundreds of millions of active players. Due to its popularity, this game was even released for other platforms, including home computers, and became one of the most popular games in the history of EA. This series was first released in 2009 and quickly received very good feedback from players around the world, even many believe that the PvZ game series is a kind of new generation of TD style games, which later became the model for dozens of games. became different In 2013, the second version of this game titled Plants vs. Zombies 2 was also released which added new features to the original game. After these two versions, we saw the release of several side games and a kind of spin-off from the main series, and there was no news of the third version for a long time. While many players were waiting for the third version, in February 2020, EA released the final version of the third part after 7 years of waiting! Now the third part is Plants vs. Zombies 3 is here to thrill you again like the previous episodes. 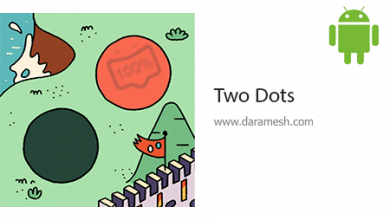