Catapults lined up, the only line of defense is a solid stone fortress guarded by hundreds of skilled marksmen. The command to attack is given by the appearance of the North Star, and that’s how another kingdom goes to the bottom of the earth. The Crusader Kings game series is one of the best medieval strategy titles that has gained many fans in recent years. After two successful releases, Paradox Interactive is back with a new work, promising thousands of hours of unique content. Crusader Kings III is an amazing journey into the era of European kings and the control of kingdoms that only a name remains. It has been said since ancient times: History is written by the conquerors. Immortalize your name in history forever by leading a country’s economy and military.
Crusader Kings III begins with the Viking Age and the face of the kingdoms changes over the years. The game continues until the collapse of Eastern Rome, and in the meantime, you are allowed to choose a kingdom on the map, and fortunately, there are many choices in front of you, from Iceland to India. There are many choices in the game that will vary depending on the chosen kingdom. During the game you have to pay attention to different aspects of governance, on the other hand, economy and trade are very important, and if you are lucky and on the path of exchanging goods, you can create a solid economy for yourself, otherwise it is a lot of effort to make a profit. It is required from trading centers in other countries. The Middle Ages was a dark period in human history when incompetent kings handed over millions of people to executioners for various reasons. The choice of governance will be in your hands.
There are many historical characters in the Crusader Kings III game, and extensive stories take place in your kingdom’s palace, which will sometimes make you laugh and sometimes make the palace tremble. Although the Middle Ages are known for continuous wars, the use of violence can isolate your government and turn many other countries against you. Having a powerful government without a well-equipped army is meaningless, and for this purpose, all kinds of soldiers are considered, from horsemen to knights, and to equip them, you need new technologies that you will get over time. The political part of the game has improved a lot compared to the previous versions and it is necessary to use the help of spies in order to thwart the plots of the enemy or even to sacrifice the people closest to the kingdom due to geopolitical issues. The use of role-playing elements and unique gameplay systems are among the features of Crusader Kings III. 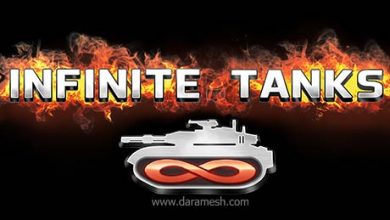