Nuclear Day is a very beautiful and well-made game in the style of simulation and survival games from the fledgling studio Somnium Fabri, which was released as a free game but with the possibility of in-app purchases for Android devices. We are proud to announce that once again and for the first time among all Iranian sites, we are introducing another game on the web and we have published its latest version along with a mod version for download. Nuclear Day is the first game made by Somnium Fabri, which is actually a solo developer, but this project is much more well-made and professionally designed than you think. Nuclear Day tells a post-future world from the point of view of one of the few survivors of humanity. The story concerns a world that has been almost completely destroyed after multiple nuclear disasters in a full-scale world war, and humans have perished by their own hands. In this scary and sad atomic disaster, only a few people are left. Even after the great destruction, atomic radiation remains in the atmosphere of the planet and this planet is no longer a place for any living thing to live!In the Nuclear Day game, you are in the role of one of the survivors of this disaster, and your whole goal in this game is to try to survive. This lone survivor, a young man, has to do a lot to survive. The most important of these tasks is to find food sources, necessary tools and even weapons to protect yourself from other humans who do not spare anyone for their survival! The challenges of the game are all related to a post-future world and make it very difficult for a human survivor. As mentioned, atomic bombs destroyed almost everything and even caused dangerous radiation and deadly diseases. The only way to protect the game character from radiation is to find special masks and escape from places that are contaminated with radioactive materials. Therefore, one of your most important challenges in the atomic day game is to find the necessary tools and equipment to survive. You will not be alone during this adventure game and strange characters who cannot be easily trusted are also present in some parts of the game that you can interact with and they will go with the decisions you make during the game. Select the game. This game is a unique experience of an attractive simulator in the style of survival for lovers of story games. 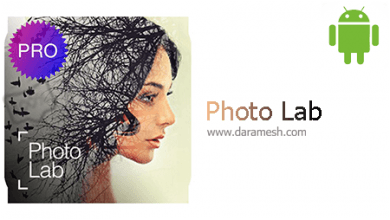