Brain Find – Intelligence test, whose full name on Google Play is Brain Find – Makes you think outside the box, is an interesting, entertaining and special game that is presented in the style of a puzzle type of intelligence test game. The developer and publisher of this game is Focus apps studio in Hong Kong, which is engaged in creating and publishing Trivia and Puzzle style games. The most famous game published by this studio is the game Brain Out – Can you pass it, which we introduced a long time ago on daramesh , and this time we have decided to do it once again for the first time among all Iranian sites. Let’s introduce and publish another similar game from this developer. So stay with daramesh in the introduction and general review of the game Brain Find – Makes you think outside the box. The game Brain Find – Makes you think outside the box has a puzzle nature like most other games of Focus apps studio, but the general process of the game is designed with strange tests and puzzles to test the intelligence test. In fact, you should look at the puzzles in this game from a different perspective, because the solution to the puzzles in this game is often ridiculous and humorous, and maybe it doesn’t look like a puzzle or puzzle game. Therefore, pay attention to the fact that your main task is to solve puzzles and intelligence tests that are somewhat unconventional. This style of games has been popular among developers for some time and has received good feedback from the audience, and that’s why Focus apps studio has used this feedback and released an interesting game in this style.
In Brain Find – Makes you think outside the box, there are very strange puzzles and riddles, almost all of which are solved by finding and using items that are inside the picture or hidden somewhere in the picture. The interesting thing about these puzzles is that despite their simplicity and banality, these puzzles can be quite challenging because, as mentioned, these puzzles have an unconventional nature. Therefore, before doing each stage of the game, it might be better to consider the strangest possible solutions. The game has different stages, each stage actually follows a specific scenario. Usually, game scenarios are related to saving different characters from strange and special situations. The developer of the game believes that doing such puzzles helps to increase the understanding and logic of the players and provides conditions for them to make better decisions in unpredictable situations. Although this claim cannot be denied or confirmed, the generality of these puzzles will make your mind more open than usual and adopt a different logic. So that the puzzles of the game Brain Find – Makes you think outside the box are not boring and repetitive, the creator of the game tried to use humor in these intelligence tests. The designs of the game are all cartoons and there are no visual effects in this game. Therefore, it must be said that the game Brain Find – Makes you think outside the box can be used on almost all Android devices. To download and experience this game, you can first watch its introduction trailer video and then download the latest version of the normal or mod version from the download section of daramesh Box. It is noteworthy that due to the strange and perhaps slightly violent approach, the age rating of this game, unlike almost all similar games in the same genre, is set for people over 10 years old. 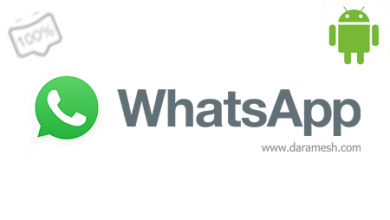