Age of Magic is a very well-made and admirable game from the Playkot LTD gaming studio in Cyprus, which was developed for free and developed for Android mobile phones and tablets. Playkot LTD studio has not yet found its place and position among the audience as it should and has not released many projects yet. But these few games made by this developer have been good enough to make the name of this company proud. After the release of games like SuperCity: Build a Story, now Playkot has gone to a very controversial and professional high-level game to prove that it has a lot to say. Age of Magic is actually a turn-based fantasy role-playing game, and its story is related to battles between groups of heroes in a legendary world. A world that was largely destroyed by a black curse a few years ago, and now only ruins remain. Now after a long time, legendary and epic heroes have come to this ancient and imaginary world to fight with enemies in battles to seize power. A few hundred years ago, and when the world had just fallen into the grip of darkness, a philosopher dragon predicted that one day a special hero would emerge and go to the Dark Tower and take power. But this hero may be a devil!
In the Age of Magic game, we see fierce battles between these heroes. You have to form an exclusive group in this violent world and put up to 5 heroes in your team and then compete with others to prevent them from taking over. The Age of Magic game is summarized in two main parts. One is the stage and story part and the other part is the PvP competitions. In the story part, you have to do dangerous missions as the savior of humanity and go on a very dangerous journey to stop the devil and his army. Your main goal is to reach the tower of darkness and destroy the great devil and restore peace and tranquility to the world. In this way, you have to face the demonic forces and defeat them one after another so that you can finally go to the main goal and defeat him! In the PvP section, you can also compete with other players online with your group of 5 people. For the management of team members, an interesting section for upgrading and personalization has been provided so that you can upgrade your forces by purchasing various items. Apart from these sections, there are other sub-modes in Age of Magic, whose experience is not without pleasure. Regarding the graphics of the game, which is undoubtedly its best feature, it should be said that the amazing details used in this graphics will remind you of the HD graphics of new generation console games. Get to work and prepare your legendary heroes for battle and use special spells and magic to fight and fight with others. Age of Magic has been released for free with nearly 5 million downloads and a rating of 4.5 out of 5.0. You can continue to get the latest official update of this game in a tested and free form from daramesh. We recommend that you take a look at the trailer video of the game to get to know its features better.
Note: The game is online and mod version is not available [hackable]. 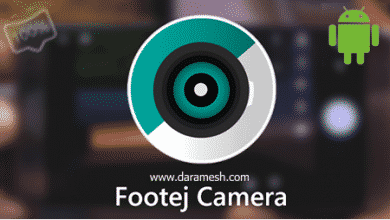